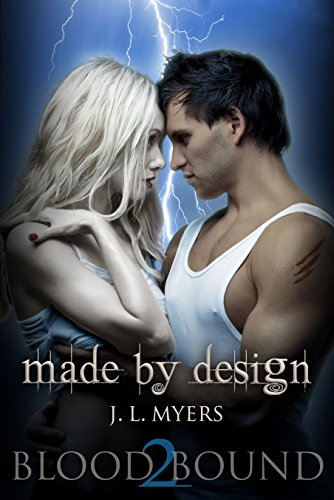 Amelia’s visions are getting worse, and every time she wakes up from one, she craves blood. Also, she is now bonded to her friend Kendrick, who is also in love with her, but she is still dating her boyfriend Ty. It is embarrassing for Kendrick to be able to see/feel everything that she and Ty do, and it makes Ty uncomfortable to have Amelia’s best-friend-who-is-also-in-love-with-her to be spying on them all the time. Her mother is still against her dating Ty, but Dorian, Kendrick, and Amelia are still trying to compel her into telling them more information about Caius.

This book was definitely better than What Lies Inside. I love this series so far, and it just keeps getting better.

Even though this series is going to be a love triangle all the way through, I don’t really mind it. I like the fact that Amelia is definitely in love with Ty, and she seems to be loyal to him. Kendrick also knows how to keep his space, and he doesn’t do a lot to try to get in the way of Ty and Amelia’s relationship. Amelia made her choice and has stuck with it. I am starting to feel bad for Kendrick though. In these YA novels, it seems that more often than not, the boy who has been friends with the girl for years always loses her to the new guy. I don’t know how the rest of the series will play out, but I hope that he will eventually find someone to make him happy.

Also, I believe that the story with Caius progressed further in this novel. I really want to know more about his motives for turning Dorian and Amelia, and I definitely want to know more about Amelia and Dorian’s parentage. I believe that the next few books are going to be quite interesting as we start to delve into this topic. Caius is a very interesting villain, and I want to learn more about him and his motives. Some secrets about his past will reveal themselves throughout this novel, and I hope that the other readers will find them as intriguing as I thought that they were!

I would recommend this novel to anyone looking for a new YA paranormal romance novel with vampires and werewolves.

3 thoughts on “Made By Design Review (Blood Bound #2)”