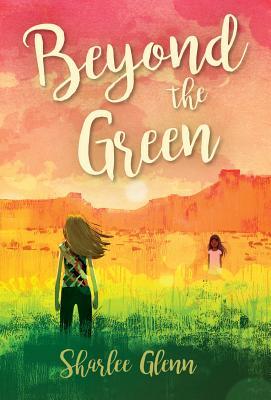 This book transports readers back to the late 1970s, where Indian/Native American children whose parents were not able to care for them were simply given as foster children to white families. Even if there were viable biological grandparents or aunts and uncles for the child, the government thought that it would be better to take them off of the reservation entirely. This meant that if the parents ever became able to reclaim the child as their own, they would essentially be ripping that child from the only family that they have ever known.

Britta’s family took in Dori when she was only 5 months old and has raised her for the past 4 years. Eleven-year-old Britta has become used to having two younger sisters, and they seem to all be perfect together. Dori’s birth mom was unable to take care of her because she was an alcoholic, but now she has gotten her life back together and wants to take her daughter home. Britta doesn’t think that Irene is going to be a good mother to Dori because she barely knows her and she used to be an alcoholic, what’s saying that she won’t fall back into old habits? Britta is determined not to let Irene into her or her sisters’ lives and will stop at nothing to save her baby sister.

This story truly revolves around the theme of family. Britta has known her family to include Dori, and her mother has always treated Dori as a third daughter. Dori was never a burden and never stood out to them as being “different”, yet she is the only one who has to leave her family and return to her “real mother”.

Even though Britta’s family would probably not think of themselves as being prejudiced, Britta is prejudiced to some extent towards Dori’s birth mother. She believes that since Dori’s mom is an alcoholic, she will always be a “drunken” Native American woman. She doesn’t think that she is worthy of having her angelic little sister. She has to work through this deep-set hatred she has for this new woman for taking her little sister away from her family.

This book has excellent character development and world-building. I didn’t even realize that the novel was supposed to be historical fiction until I got to certain parts of the story that dated themselves.

I believe that this book could be useful for preteens to read, especially if they have foster sisters and brothers who always have the chance of being called back to live with their birth parents. It teaches them how to work through their initial grief and help their younger sibling through the changes that they will have to go through after completely changing houses.

I would recommend this story to anyone looking for an inspirational children’s book about foster families and dealing with change.

I received an advance copy of this book from NetGalley and this is my voluntary review.