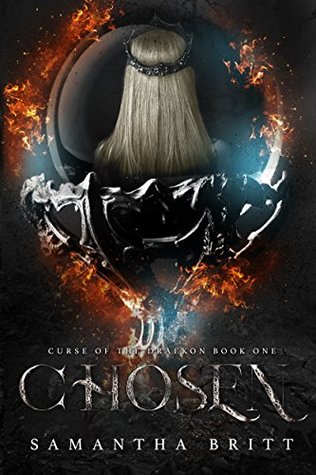 Lissa is a healer in Caldiri, and she raises her little sister Lori with her older brother Lin. Every year, the Draekon come to the human regions and ask for humans to come and serve in the capital. The people in Caldiri don’t even know what happens to the humans there, they only know that their children, neighbors, or friends are taken only to never be heard or seen from again. Lissa’s older brother scarred his face for life to try and avoid the draft, but Lissa still has a few years to get through, and Lori has become of age to be Chosen. When both Lori and Lissa are taken, even when only one sibling is supposed to be Chosen per year, Lin vows to do anything to retrieve them.
When Lissa arrives in the Capital, she is scared to death when thinking about all the torture her and her sister are bound to endure for the rest of their lives. Things in the Capital are far different than what she was told, and she begins to wonder whether the things she was told in her childhood were true or not.

I read Enlightened by Samantha Britt, but I think that I will end up liking this series even more than the Immortal Chronicles. She always creates such unique universes. In this universe, The Draekons came from another continent to conquer the humans’ continent. They need the humans in order to reproduce, and they use the humans to help them in every aspect of their lives. The humans allow the Draekons to have control because the Draekons have longer lifespans, better healing ability, and are generally stronger than the weak humans. The only reason why the Draekons really need humans is that without them they can’t reproduce. This world is described beautifully throughout the book and has a long history. This book doesn’t even touch on the entire world, only the parts that Lissa was able to see. I feel that it will get even more intricate in the next installment of the series.

The plot actually didn’t move that quickly, which I enjoyed. It was hard to keep track of how much time had spent, but it did feel like I was realistically walking with Lissa through her days. I also liked how this allowed her to be human, rather than being some super healer who is able to heal thousands of people without any rest. It allowed me to truly connect with her.

At first, I thought that Lori was a spoiled brat. She was not grateful for anything that her siblings did for her, and she was already 16 years old. I was happy to see her do a little bit of growing up once they got to the Capital. It was a beautiful thing to see a true sister bond in literature, something that is often underestimated.

I have to say, I am not sure where this series is planning to go with romance. It seems like literally everyone is in love with Lissa. She has like three royals, one boy at home, and I think someone else but at this point, I can’t remember. It’s really just too much, and I hope in the next book one or two guys will be eliminated. I don’t even know how she will deal with this love….Pentagon?

I didn’t notice any editing errors in this novel.

I would recommend this book to anyone looking for a new adult fantasy series to get into this summer!

2 thoughts on “Curse of the Draekon Review”