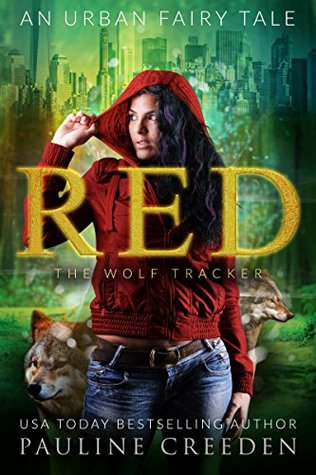 I haven’t read a book on a pure whim for a while, but I found out about this series and decided to take a few extra minutes to check it out. Boy, was I glad I did!

Red has gone to the Wonderland Academy since middle school, but at 16 she still doesn’t feel like she fits in. None of her peers think that she has any magical powers, but she is the future Wolf Tracker. Her grandma is the current Wolf Tracker, but her health is failing so Red will become the Wolf Tracker soon.

During this tough time, her best friend has just started to ignore her. She doesn’t know how she will deal with it if her grandmother dies and her only friend abandons her.

I loved the world of this book. I hope to learn more about the others in the Wonderland Academy as I continue with this series, as there were other students living at the school and living out their own versions of their namesake fairytales. It was definitely interesting to see how the witches of Oz interacted with Red!

I enjoyed the idea that there were werewolves, and then there were people who were specifically designed to track the creatures, making sure that they stayed in check. It did give balance to the universe, but I still wondered if there were more werewolves and Trackers in other states/countries/towns of Red’s world.

To be honest, I didn’t mind the fact that the story was short. It allowed for a really quick and relaxing read, without worrying about wasting too much precious time. I would only have liked to see a little more of the small romance in the story.

I would recommend this book to lovers of retold fairy tales and YA urban fantasy novels with slight romance.