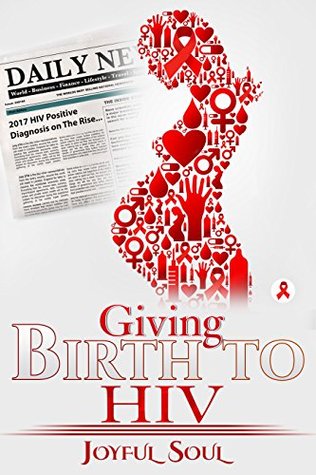 At the age of 27, Shannon married a man nearly twice her age who had been diagnosed with HIV. She still wanted to have children with him, but she didn’t know if her children would also be HIV positive. The couple must overcome the people judging them due to their age difference and Tony’s HIV positive status. Nevertheless, the two are determined to make it through.

This story definitely tells people the truth about HIV. Even though the couple may never be able to have children without expensive medical procedures, they can definitely find love.

Even though the age difference could throw some people off of the novel, I think that Shannon and Tony’s relationship was very sweet. Even though they had their differences and trust issues, they were able to work through it and be happily married. Shannon had already had such bad experiences with men that Tony was really who she needed to feel loved and appreciated.

I also like how this book teaches readers that HIV is not a death sentence. Tony had been dealing with HIV for many years, but he was still alive and kicking. Even though he didn’t originally tell Shannon about his HIV positive status, he didn’t do anything that would have put her in danger of catching HIV. It was the stigma behind the disease that almost caused their relationship to be destroyed, not Tony’s actions.

I think that the only two real issues that I had with this book were that I thought the title was a little misleading and that the story felt like it was “told.” I can’t say why I thought that the title was misleading, as it is a major spoiler, but I can say why I felt that the story was “told.” As I was reading, sometimes the author would seem to go off on a bit of an unrelated tangent before getting back into the main storyline. This isn’t necessarily a bad thing when someone is narrating a story aloud, but it did feel rather awkward to read. It messed up the flow of the story as sometimes a paragraph would be going in two completely different directions.

One thing that I did appreciate was the fact that at the end of the story, there was an article about HIV that told some important facts about the disease and the effects of it. I learned quite a few things from reading that, and it fit the story quite well to focus on some of the things that had been previously discussed.

The overall story is pretty short and would be good for reading on an afternoon if you wanted to read a sweet story about romance despite an HIV diagnosis. If you can overlook the slight awkwardness of the storytelling, this would still be an enjoyable and educational story for you.