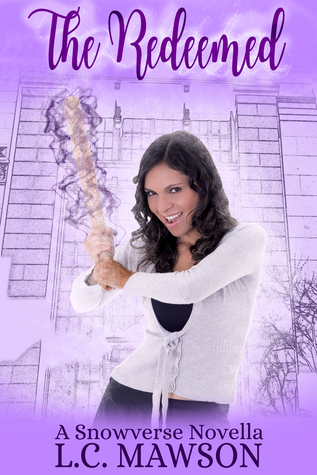 Fiona has returned from the dead, just as Kara had finally been able to find peace with herself for killing her. Kara has to complete a mission for Moira, but most of the team is planning on retiring. This is going to be their toughest mission yet, but Kara can’t even focus due to Fiona’s return.

I have had my ups and downs with this series, but I definitely liked this ending. Kara is finally able to talk to Fiona about what happened in Book 1. She is able to truly get over that event, and lose at least some of the guilt. She doesn’t feel like a murderer since Fiona survived, but now she has to learn how to work with a woman that she already tried to kill.

This was also my favorite book in the series because it relates more to the rest of Snowverse. Finally, I was able to see how the characters and stories truly lined up, as these events are almost parallel to some of those in the main Freya Snow series and the Lady Caroline series. I was happy to see some old faces, and I was also glad to see how the new faces in the other series made their way onto the team.

This also felt like one of the shortest books in the trilogy, even though it wasn’t, which was sad because I actually wanted to learn more about these characters. I had struggled through the first few books, but just as the characters started to become likable to me, the series was over. I hope to see some of them in future books!

I won’t spoil too much, but this was definitely a good trilogy that I would recommend to Snowverse fanatics like me. If you are new, I suggest that you read the Freya Snow series up to the current novel and then get started on these novellas, just so that you don’t spoil anything for yourself.