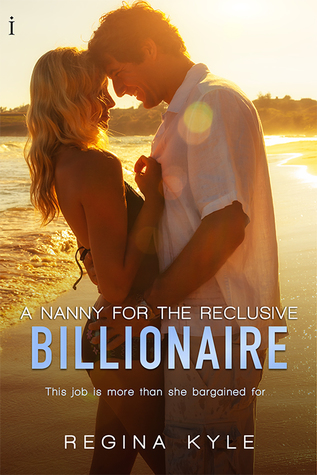 Mallory Worthington has had enough of being treated like a fragile flower. She needs to get out of Dodge, as far and fast as possible. Somewhere no one knows about her childhood battle with cancer. A talented chef working at her family’s flagship hotel, she leaps at the first job opportunity that meets her criteria – personal chef and nanny for a reclusive and insanely hot billionaire in the Florida Keys. She doesn’t know a lot about the nanny part, but how hard can it be?

Billionaire Rhys Dalton cut himself off from the world after his wife was killed. Living on this remote island was the only way he could ensure the safety of his son. Finding someone willing to help him take care of his child, well that’s been a challenge right up until Mallory knocks on his office door. She makes him think and feel things he hasn’t in years. He’s smart, so he fires her on the spot.

But she’s not going anywhere, no matter how hard he might try to get rid of her…

First, let me say how happy I was to find out that Mallory was self-sufficient before she met her billionaire! Many times when I read billionaire romances, whether it be in well-written fanfictions or full length novels, the character that the billionaire falls is not really self-sufficient. Even if they claim that they were fine before the billionaire came into their lives, they were really living in a barely decorated apartment, barely eating, and sometimes even being emotionally hurt by every single person in their lives. Mallory was different. She was an amazing chef who had been making a decent living at her family’s restaurant, and then she just decided that she wanted to be out from under her family’s name. Sure, her family had babied her ever since her bout with childhood cancer, but she wasn’t incapable of functioning without Rhys. This made her fitting character for Rhys to fall in love with. He would not have fallen in love with a woman who could barely take care of herself.

My favorite part of this entire book was definitely seeing Mallory and Rhys’ son get closer. Even though his son was very stubborn, like his father, Mallory was determined to find a way into his heart. She refused to let a four-year-old get the best of her, and soon, even he falls for her. It really allowed the family dynamic in this story to blossom.

During the book, I forgot that Mallory had battled cancer in childhood at one point. This book really shines a light on the issues that cancer survivors face on a daily basis. She still has to go get bloodwork done often to make sure cancer hasn’t returned, even though her bout with the disease was over a decade ago. Also, some people can’t get past the fact that she was so sick at one point in her life, even though that time has passed. By adding these small details, it just makes Mallory’s backstory feel more unique yet realistic.

The plot of this story moves fairly quickly, but it wasn’t so fast that I felt lost. It also wasn’t insta-love, like many of these contemporary romance stories are. The two might have thought the other was pretty/handsome, but they weren’t ready to get married in a week.

Also, these romance stories are never complete without a “damsel in distress” scene. Nevertheless, this book puts an interesting spin on this trope. I won’t spoil anything, but I was definitely pleasantly surprised.

Overall, this is definitely going on my list for favorite romance novels! I read it in one sitting and was addicted from start to finish, and fell in love with the characters.

I would recommend this book to lovers of adult romance novels with realistic characters.