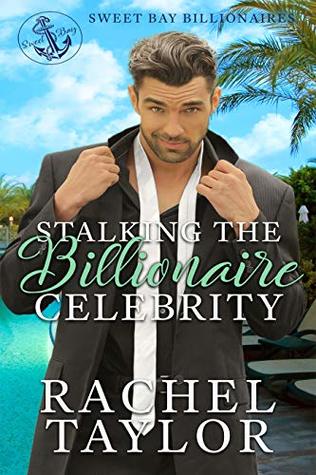 Beau Bennett has it all — a billion dollar bank account, movie star good looks, and the lead role in a new, hit movie. But none of it satisfies the ache he feels for something more.​

Fledgling reporter Cara doesn’t have the same infatuation with Beau as everyone else, but she is obsessed with getting her name under a headline, and getting back at Beau for ruining what was supposed to be her big break.

When Cara discovers Beau hiding from a media scandal at the Sweet Bay Resort, she knows fate has given her a second chance at the story of a lifetime. She poses as a housekeeper, hoping to catch the playboy billionaire in a compromising situation so she can write a scathing article, exposing his many indiscretions. If only Beau would cooperate.

Instead of trouble, Beau finds the meaning that he’s been looking for in small town life and the spunky housekeeper who turns up everywhere. And Cara finds herself falling for the kind, generous man who’s more hero than heartbreaker.

But when Cara’s true intentions are revealed, can she convince Beau to give her a second chance?

It’s been a while since I’ve ever read a “hate to love” romance, but this one really hit the spot.

Beau is not the typical “billionaire romance” love interest. I’ve never had such an interesting first scene of a book. He is hungover from partying the previous day, doesn’t want to get in a private jet because of his bad memories about his parents’ death in a plane, and has a panic attack in front of an airport. Then he goes to a drug dealer that he sees out of the corner of his eye to try to get something that would allow him to calm down and get on the plane. I guess I’ve never seen a vulnerable billionaire in a romance novel like this? It actually made me like him more. For once, the main character wasn’t being a complete jerk to the main female character before falling in love with her 30 pages later! This book was off to a good start.

Cara was the one who hated Beau at first. He was supposed to be her big break, but he never showed up. Now, she decides to pretend to be a maid to try to get some dirt on him. Is he actually a drug addict, or is it something else? When she enters the room and he is actually friendly to her instead of treating her like a maid, she immediately knows that something is up. Beau might not be the man that the media is making him out to be. I loved the scenes where the two of them would just hang out with each other all day, making small talk and having fun in the small beach town.

I constantly wanted the pair to work out in the end. They had chemistry from the very start of the book, and it only increased as the story went on. They were friends first, albeit for a short time, and then they became a romantic pair. I could see that they would be a good long-term couple.

One of my favorite parts of the book was when Cara was with her friends. None of them seemed toxic, they all just wanted to support each other and have fun. They never left anyone out of the group, even if she had children and couldn’t stay out as late as the other women. I want to have a group of friends as supportive as they were!

The last thing I want to talk about is how this book connects to the other book in the series. I won’t spoil anything about that book, but you will see how the couple fares in this novel, along with a few tidbits about their lives after the book ended. You will also see how the town reacted to the resort, if they accepted it or not. I hope that this continues to the next novel, so I can see what happens to all these characters. Maybe it will be someone else from the friend group who ends up marrying a billionaire!

I would recommend this book to anyone looking for a new adult romance novel. It’s also a clean romance novel!

Overall Rating: 5 out of 5 books