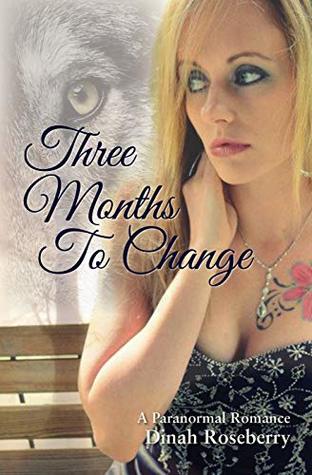 Lenora was changing—not in any frightening way. At least, not at first. There was the intense ability to shield herself from abuse that was very empowering. But her other senses had become heightened as well, and that’s when she’d begun seeing scenes from the past and smoky dark mists in her home. Meeting Frankie had been a wonderful treat—there weren’t many men who could stir her emotions as he was prone to do. Still, there was something strange about him, something haunting, something she couldn’t put her finger on. Ah, well, desirable men with the air of mystery were compelling and fun. Weren’t they? And what about Rex? She wasn’t sure. He was part of a fearsome family, making her wonder if such tales of werewolves and monsters were true. Just how did she fit into this strange new world? And why would she even want to? All she kept hearing, however, was that there were only a precious three months before a full change. Time was awastin’.

I am not sure exactly what this book was supposed to be. As I read the last page of the book and then flipped to the acknowledgments, I literally said: “That’s it?” I had finished the entire thing in around 45 minutes, and I felt like I was trying to read a bunch of different stories at once.

At first, I thought that this would be a werewolf story. Lenora was going to change into a wolf at some point in the story, and her change will be the main focus of the novel. But this isn’t the case. Soon, she has some sort of mental connection with a random person named Frankie? I thought he was a coworker, but I’m not sure. There is a very random almost tentacle sex scene as a part of that “connection,” which was weird. I thought at first that it was Lenora connecting with her wolf, but then she says “it’s Frankie!” This is only about a quarter of the way into the novel, and we already have two different large story events happening.

Then, the whole werewolf storyline seems to be thrown to the side yet again. Now, Lenora is in some sort of time-travel storyline. She seems to meet Frankie on the “other side,” but the romance part of the story never picks up again. Instead, it is Lenora trying to control her powers. Were these powers connected to her wolf? I suppose so, but the story never really makes this clear. Then the story ends rather abruptly. I don’t know if there is a going to be a sequel to this novel, but if there is no sequel, then the storyline feels rather unfinished.

I don’t know if Lenora successfully became a wolf or gained control of her powers or ended up going out with Frankie. I really don’t even know what happened at the end of the novel, I just lost track of all the characters. No one had a memorable personality, I don’t understand how the werewolf storyline changed into a time-travel storyline, it was almost as if two different stories were spliced together at the middle. This book was simply too short for everything that it tried to do.

Writing this review was difficult simply because of how confusing this book is, and I would definitely not recommend this to anyone looking for a werewolf fantasy-romance novel.

Overall Rating: 1 out of 5 books