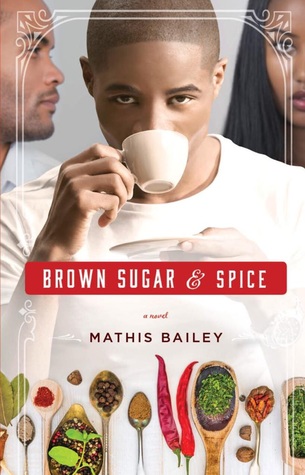 It had been a whirlwind of change from a year ago for Pierre Jackson … on track to becoming a chef extraordinaire, living it up in a plush up-town condo that he shared with his successful and debonair fiancé, De’Andre Harris, the world’s hottest news anchor, Pierre thought he had his future all mapped out. He hadn’t imagined that he’d be alone, in between jobs, lose his passion for cooking, living in a run-down apartment, and entertaining the thought of having to share space with a stranger. That is, until he received a phone call from his best friend asking for a huge favor. If that wasn’t enough, he’s beckoned home to deal with a death in the family, and having to travel to a far away land, a place from his distant past, a place of faint memories of an unaccustomed culture, tropical heat and the sweet scent of mangoes.

Pierre’s new roommate is Zola Washington, a beautiful, charismatic, young African American woman, who unbeknownst to Pierre has her own agenda and wrestling with her own ghosts. Zola is trying to escape a tumultuous relationship with her crazy ex-boyfriend, Jaizon, and rebuild a brand-new life. She has big dreams and makes a risky decision to open a bistro in the heart of the bustling city of Toronto, but she doesn’t know where to begin until she meets Pierre.

While Pierre and Zola push ahead in their pursuits of living better lives, they both finds themselves at a crossroad when their past comes back to haunt them and has them turning to copious amounts of delicious food and the search of spirituality.

This book was definitely a whirlwind of a romance!

At the start of the novel, Pierre was still getting over his ex-fiance De’Andre. De’Andre was trying to sneak back into his life, but Pierre wasn’t going to have it. If De’Andre wouldn’t give up the facade and would continue to date women to appease his parents, Pierre wasn’t going to sneak around like the secret boyfriend. De’Andre could be happy with his wife, and Pierre would find someone that would be proud to show him off. He tries looking for love in the wrong places, and then he is invited home for his grandfather’s funeral. Soon, he finds a man named London. London seems to be everything that Pierre wants, but he also isn’t willing to come out to his family. Pierre isn’t sure if he wants to get into another relationship with a closeted man, but he can’t seem to avoid London. London makes him forget about all his drama with De’Andre and his roommate’s dangerous ex and makes Pierre remember what he wants to do with his life and his cooking skills.

It took me a while to connect with the characters in this novel. I didn’t like the storyline of De’Andre trying to get back together with Pierre, especially not a year after their engagement had been broken up. I wanted Pierre to find someone new and was happy when he started to look for love in other places. He was going to get started on the bistro, and he was also working on maintaining his successful journalism career. Then, the story took a bit of a turn. Zola’s ex-boyfriend was getting out of jail, and she was scared that he was going to find her and attack her. Then Pierre was headed to an island, and the story arc with his family’s funeral seemed almost too realistic. Part of his family still on the island thought that the sister who went to America was privileged, while part of his family from America realized that things in the North were not all they were cracked up to be. The family drama kept me on the edge of my seat the entire time!

I could keep up with the romance bits of the story, but the rest confused me. I had completely forgotten about Zola’s ex troubles until suddenly an event happened and I had to backtrack and figure out what was going on. I didn’t even remember what her ex’s name was supposed to be at one point! Then De’Andre’s new girlfriend came into the picture and started stirring up drama, and I just couldn’t keep track of it all. By the time I reached the end of the novel, I felt that the conflicts had been wrapped up pretty nicely. The thing that hadn’t been wrapped up nicely was Pierre’s issues starting the novel. I still didn’t know what was happening with the Bistro and I still didn’t know what was happening with Pierre’s love life. I felt like I had gone on a very long and twisted (and exhilarating) ride just to come full circle.

Nevertheless, I enjoyed the romantic parts. Pierre was constantly fighting himself on what moves to make with his new partners. He wanted to take things slow sometimes, but in the heat of the moment, it can be hard to say no. He stuck to his guts and never allowed himself to be pressured into anything that he wasn’t ready for, which I commend him on. He knew that he didn’t want to be anyone’s secret, and he made sure that his partners knew that from the beginning. But even I got as tired as Pierre when the scene would get intense and then just fall completely flat! I hope that Pierre can eventually find true love, and maybe he will in a future novel. I will definitely be waiting.

I would recommend this book to anyone looking for a diverse gay male romance novel.

Overall Rating: 4 out of 5 books