Before I get into the review, I just want to apologize for being away for so long! I haven’t been able to read or do anything as much as I had wanted in the past 2 weeks or so due to midterms being this week. Now that midterms are over and most of my college stuff is slowing down, I will be able to read faster and update this blog more often.

I read this story in my English class, and at the beginning, I thought that this story was going to be super boring. The letters and the chapters up to chapter 5 are actually rather slow. However, after chapter 5 the story picked up the pace and soon I fell in love.

Before reading this, I thought that Frankenstein was a story of a monster named Frankenstein who had broken away from his creator and killed many townspeople. This is actually not even close to being the true story of Frankenstein.

Victor or Dr. Frankenstein was a student who was obsessed with the human anatomy. After his mother dies, he buries himself in his work for 3 years working on his creature. After bringing the creature to life, he realizes that the creature is a horrific thing made of body parts sewn together. He is frightened and runs away, and then he falls into a feverish sickness and is nursed to health by his best friend Clerval.

When he decides to go home to his family, he receives news from his beloved sister and father that his young brother has been murdered. A family friend is blamed, but while traveling through the woods he sees the creature, and he knows that the creature had decided to attack his family. This starts the main plot.

I loved this story, but my favorite parts were definitely the ones told in the creature’s point of view. Unlike popular belief, the creature did not wake up with murderous intent. The creature simply wanted Victor, his “father”, to raise him. He had the mindset of a child and was left completely alone by Victor who decided that he was too ugly to take care of. Frankenstein has been turned into a pop culture “monster” story, even though it truly is a story about loneliness and isolation. Also, this story warns scientists about crossing the boundaries of life and death. Scientists of this time actually were trying to bring dead creatures back to life by electric shocks and other horrible methods. They never worked, but no one knew that they wouldn’t work so they kept trying. This would be inhumane to cause a dead creature or human to have to be brought back to life, even though they would be stuck in bodies in some state of decay.

If you have read Frankenstein before, tell me, who do you think the true monster of the story is? 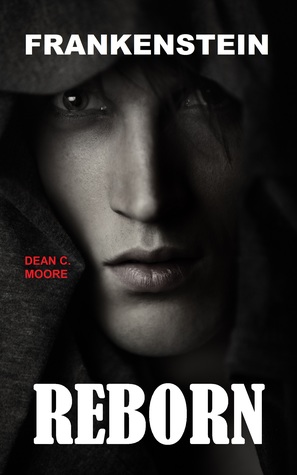 Soren has to find a way to stop someone who is opening portals to allow monsters and other entities to come through into the human world. He also has to recruit a crew of powerful wizards to send those creatures back where they came from. He must improve his “transhuman” abilities and upgrades by experimenting on himself with nanotech. But even nanotech can’t do everything.

Naomi is a powerful telekinetic, but she might also be able to absorb the abilities of others. Soren wants to recruit her, but she hates him with a passion. She also has her own crew of paranormals, but if he succeeds, he might be able to recruit everyone.

Victor Truman wields incredible power, and Soren feels that he might be even more dangerous than he already seems.

This book is an incredible ride in a magical world full of both technology and natural powers. It includes romance, urban fantasy, slight horror, religion, and many other elements. The book is very fast paced, and you will not find a dull moment anywhere in the plot.

My only complaint about this story was that it seemed quite confusing. At many times, I could not quite tell whose point of view I was seeing the story from, and for a good portion of the story, I was not even quite sure what was going on. But my best advice would be to those who feel stuck at the beginning, just read on, because by Act 4 I definitely found myself completely caught up in the storyline, and I enjoyed every minute of it.

I hope that the future books in this series will go in the writing style of Acts 3 and 4, where I really felt the most drawn into the action. Also, I hope that in the next book I will be able to distinguish the characters a lot, because I definitely hope to see growth in the characters of Naomi, Stealy, and Natura. They were definitely not forgotten in this book, and I know I will be seeing a lot more of them.

Overall, this book was entertaining and I cannot wait to start on the second book of this series. I would recommend this to anyone looking for an action-packed fantasy novel.