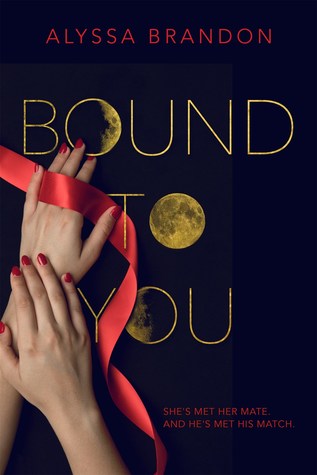 A stubborn teen faces off with her brooding, indifferent (but super hot) soulmate in this unique and sexy take on a classic paranormal romance story.

Megan Ross has been waiting her whole life for her mate to come and sweep her off her feet. But the wolf she meets on the beach is NOT the sweet gentle boy she’s been dreaming of. Instead, he’s a warrior, one whose suffering has led him to lock his heart away in a prison as cold and hard as a diamond, who fights to resist the bond and their deep attraction.

Far from home, with a soulmate who is still a stranger, Megan learns that the path to true love isn’t quite as straight and easy as she thought . . .

Chosen by readers like you for Macmillan’s young adult imprint Swoon Reads, Alyssa Brandon’s debut novel Bound to You is guaranteed to make readers swoon, sigh, and maybe even cry before it’s over.

I personally love reading Alpha/Beta/Omega fanfiction, so when I found out that this novel was going to be based on those dynamics, I knew I wanted to read it. I started off the novel really excited to read about Megan’s potential mate, wanting to see who she would end up with. Then, she ends up with James. James is a boy who was not looking for a mate. He is a warrior who has no interest in finding a mate, and so he is not interested in Megan at all. However, his wolf will not allow him to leave her alone, so he must take her into his territory with his own family. All he has to do is block himself from completing the mating bond, and he will not have to lose himself to anyone.

I enjoyed reading about Megan and her inner growth from a girl who was just waiting for her “Prince Charming” into a woman who basically had to fend for herself as her mate avoided her. The only thing that rubbed me the wrong way was the supposition that this cold, callous boy would “suddenly come around and love her”. She didn’t really find herself that much, and instead spent most of the novel just waiting around for James to change his mind and fully accept her.

James’ backstory was interesting, but I just couldn’t like him as a person. I won’t spoil anything, but I’ll just say that it is really good. I would feel more for him if he showed a bit more…emotion, rather than just closing himself off.

What really saved this book for me was the pacing of the plot and the other characters in the book. I couldn’t put the book down once I started reading it! And also, the side characters had really interesting stories. I really enjoyed learning more about the warriors and their jobs, I just wanted to know more about them and their world!

I would recommend this book to someone looking for a new YA romance novel with Alpha/Beta/Omega dynamics. 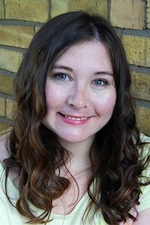 Alyssa Brandon is a recent college graduate from Sweden who enjoys reading, doing yoga, puzzles, and, of course, writing. Bound to You is her debut novel.

3 thoughts on “Bound to You Blog Tour Plus Review!”