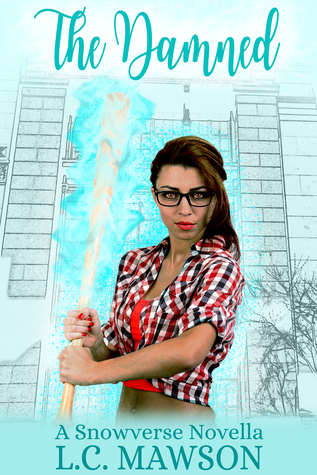 It has been months since Kara killed Fiona, but she still can’t get over it. Turning to drinking and plunging herself into her work, she tries to forget the past and focus on the future. But her heart just isn’t in it anymore. Moira offers her a forgetting potion, but in order to get the potion, she must pull off one of the hardest jobs that the team has ever done. Kara can barely keep it together long enough to complete a regular mission, much less one that requires her to steal Excalibur from Demons. If she doesn’t succeed, she will have to live with the pain of being Fiona’s killer forever.

I have to say, even in this book I am personally struggling to like Kara. I have actually gotten used to looking towards the other characters at this point to try to find someone to like, as I just can’t get into Kara much. I feel bad for her though, as Steven keeps getting to her and making her ruin things. It is not right what Steven is doing, but at this point in the series, I don’t think Kara really cares what happens to her. She just wants to forget about killing Fiona and move on with her life in The Almosts.

There was definitely a lot of character development in this novel. Kara starts off being very self-destructive, and just wanting to punish herself for having to kill someone. I’m glad that she isn’t as cold-hearted as she seemed in the previous novel, just killing someone with no remorse. Nevertheless, what’s done is done, and Kara has to feel with the repercussions. She has to learn how to grieve even though the sadness was partially her fault, and she has to learn how to move forward. She struggles a lot with both.

There actually wasn’t a ton of worldbuilding in this middle novella, but there were some references to the general Snowverse that I picked up on with the demon plot.

I have to say that the plot did move a bit too quickly in this one. I was able to still pick up on the gist of things, but I didn’t find myself immersed in the universe like I usually am.

For a novella trilogy, this has been going pretty well! I hope that it will end on a strong note, and it looks like it just might from the way this novel went.

I would recommend this book to lovers of diverse fantasy.