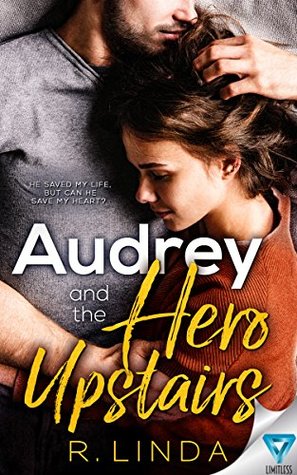 After Brody saves Audrey from a horrible house fire, she was at the hospital for a long time. She will always have horrible burns on her face from the fire, and this has kept her from leaving the house or the hospital. Brody is determined to make her feel comfortable again, but she doesn’t want to be bullied at school for the way she looks. As he tries to help her get over her fears, the two start to grow closer together. Even though she is only 17 and he is 25, they are determined to find a way to be together. Brody doesn’t want Audrey to only be interested in him because he saved her, but Audrey knows that he is the only one who really understands her.

Before people call this book creepy because Audrey is technically not legal, they barely even kiss before Audrey turns 18.

Now, with the rest of the story. I always wondered what would happen to Audrey after she lost her entire family in the fire a few books ago, so I was glad to see that Brody had managed to bring her in and give her a place to stay where she felt like she still had a family. I was definitely not expecting them to be together, but I loved their romance. To be honest, this might be my favorite couple in the entire Scandalous series.

This book also tested me to see if these books could really be read as standalones. I somehow managed to miss the blog tour signups for both this book and book 4 of the series, so I was missing an entire book’s worth of series knowledge. My answer is that this book can definitely be read as a standalone! The only thing that surprised me was how much the characters had seemed to ae since the beginning of the series, and this would not affect a new reader at all. Other than a few references to previous books in the series, there wasn’t anything that you absolutely HAD to know before reading this novel. I would just suggest that you read the series in order because it is an awesome series, and it truly allows you to see how much the characters have changed from high school to the adult world.

The plot of this book actually moves slower than it does in some of the other novels. Most of the plot in Indie and the Brother’s Best Friend occurs over the period of a single vacation/wedding timespan. This one goes from the summer into a good portion of Audrey’s school year, which could be a few months at least. It was nice to see that Audrey didn’t just turn from a shy awkward burn victim into a social butterfly in one or two days.

I would recommend this book to anyone looking for a new YA romance novel to read.